Justice is in Our Hands

I am white.  I teach predominantly white students.  And I teach first graders about Martin Luther King, Jr., every year.

As a white American in a predominantly white city, I am deeply unpracticed in talking about race with people who don't look like me.  Every January, I spend a week or so teaching students about the life and words of Martin Luther King but not really knowing how to talk about race and prejudice and the larger story of the civil rights movement.  I have been especially unsure about how to approach race in a way that doesn't make the few African-American kids in my class feel like they're in the spotlight.

This year was different.  With all of the recent police brutality, I felt that I could no longer act as if the civil rights movement began and ended with Martin Luther King and his inspiring words, and that racial relations are hunky-dory today.  It just ain't so.

My challenge has been how to talk about race and prejudice in a first-grade-friendly way, giving enough information but not too much.  First graders are still little and are easily scared, and I wanted the ultimate message to be that individuals can make a difference and stand up for what is right.

This year, throughout our wide-ranging civil-rights unit, I gave students plenty of time to think and discuss what they would have done at different points in history.  How would they have felt?  How does fear keep prejudice and unfair laws in place?  Who benefits when different groups are treated fairly or unfairly?

As with most units, I started out by making a smartboard flipchart.  What did students know about Dr. King and the civil rights movement?  What did they want to know?  And, as we read and explored, what had they learned?  This "Know-Want to know-Learned" (KWL) chart gave me a sense of what students were most curious about, so I could engage them from the start.

On each page of the flipchart, I included an image from the civil rights movement, to evoke curiosity.  I chose photos of Dr. King, of course, and also images that would be less familiar: Black college students sitting-in at a Woolworth's lunch counter, and Ruby Bridges flanked by U.S. marshals as she entered her previously all-white school in New Orleans.

My students reported that, in kindergarten, they had learned about Martin Luther King's dream of fairness and peace.  Now it was time to learn the specific facts.

Before we could talk about racial histories, though, we delved into the science behind skin color.  What makes us the color that we are?  How do mixed-race kids get their specific skin tones?  I found this excellent book to explain genes and melanin in a kid-friendly way:


Once we understood that no one has actual black or white skin, but just different shades of brown, we looked at the many colors of African-American kids: 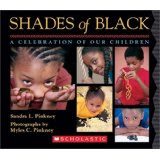 After the fact, I found these books, too, which I plan to use to explore skin color next year: 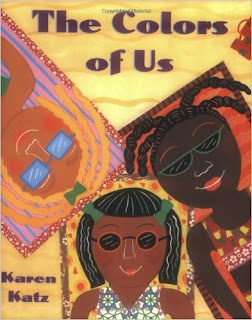 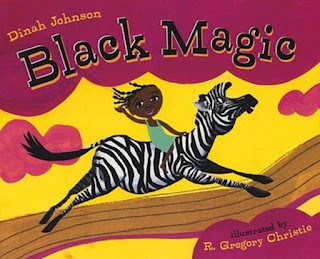 To start talking about civil rights history, click here for this great video for kids, titled "Civil Rights Act of 1964/Rosa Parks and Martin Luther King." Below you can see a screenshot from the video: 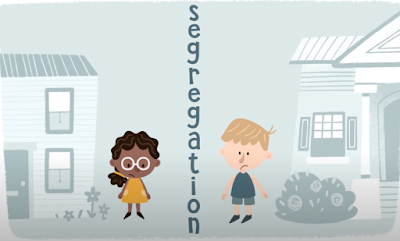 On our KWL chart, I included a photo from a Woolworth's lunch counter sit-in.  The kids wanted to know why the students were sitting at a counter with no food, so we first read:

This engaging and beautifully illustrated book pointed out that the college students were inspired by Dr. King, so now my students started getting curious.  Why was Martin Luther King so memorable?  What did he have to do with a restaurant sit-in?  We started our study of MLK by reading a book by his son:

which talks about MLK as both a public figure and a dad. We went on to learn about Dr. King's own childhood, and the words that he used to inspire and move people to action, like "freedom" and "justice": 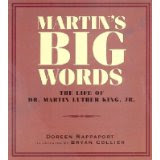 What were the words in Dr. King's "I Have a Dream" speech? my students kept asking.  Why did so many books keep mentioning this speech?  To find out, we read this book, which paired key passages from the speech with stirring images: 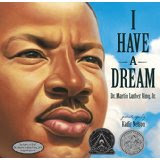 Immediately after reading the book, I showed students a video excerpt of the speech, where they could hear exactly the same words in Dr. King's powerful voice.

As we were reading about Dr. King, we learned that in 1955, Black people could only sit at the back of the bus.  To learn more about Rosa Parks in the context of her time, we read: 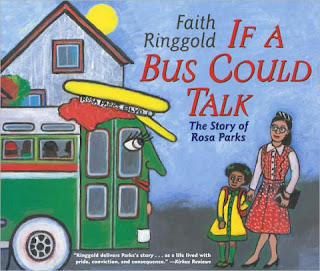 We also read about Georgia Gilmore, who organized a secret brigade of women to raise funds for the Montgomery bus boycott: 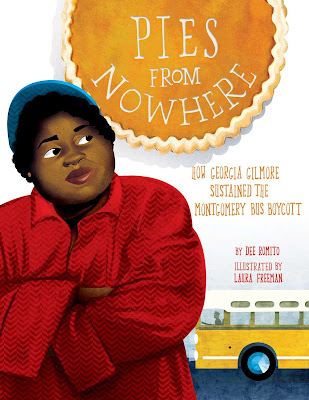 Black children couldn't even swim in the same pool as white children, as shown in this poignant book: 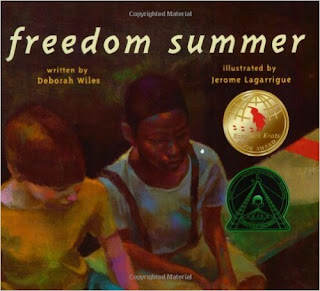 Of course, a huge part of the civil-rights movement was the drive to register Black adults to vote.  We learned that, at the founding of our country, only white male landowners could vote.  We took a poll of our 20 students and one teacher, and discovered that 15 of us would not have been able to vote!  One student was excited that he could vote as a male, but then found out that his race would preclude him from going to the polls.  He was thunderstruck!

Women's rights and civil rights have long been intertwined in our nation's history.  To help students understand just how few people could vote when our country was founded, we took a brief side trip into the woman suffrage movement, the 72-year-long effort for women to win the right to vote (19th Amendment): 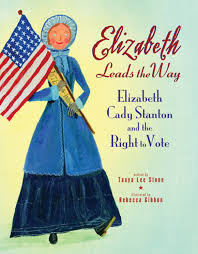 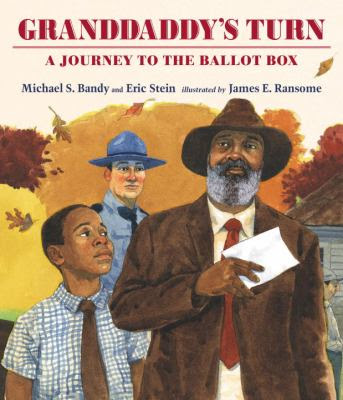 and we learned that the right of Black citizens to vote was a long time in coming: 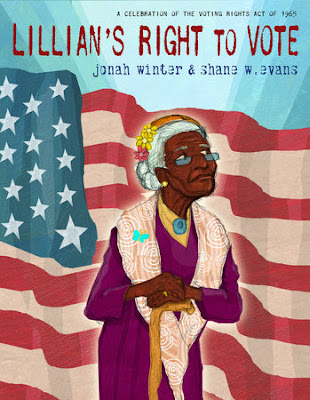 My students were aghast when they learned that over half of American adults don't vote!

At the beginning of our unit, I had shown students a picture of Ruby Bridges.  Finally, it was time to learn about this brave girl who desegregated the New Orleans school system:

Since children love hearing stories about other kids, I also read this excellent, first-person account of growing up among civil rights luminaries: 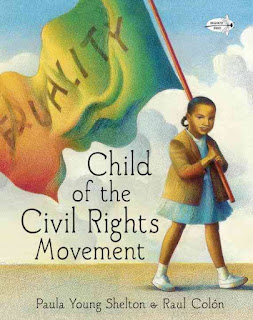 Finally, from Dr. Seuss, we read a story about the mess that ensues when one group thinks it is better than another:

So much to think about!

We finished our unit with an art project: Justice is in Our Hands.  I copied large hands onto paper ranging in color from cream to dark brown.  Each student chose two hands, in two different shades.  I asked them to draw pictures or write words about what justice (fairness) means to them.  Many students drew pictures of interracial friendships.  Others drew pictures of desegregated buses and schools: 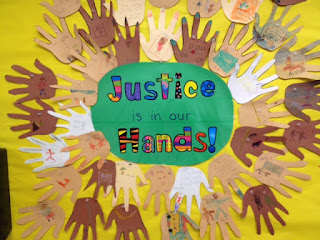 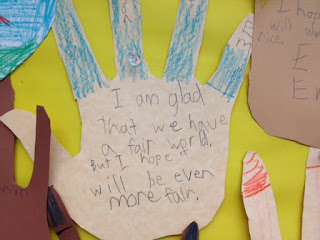 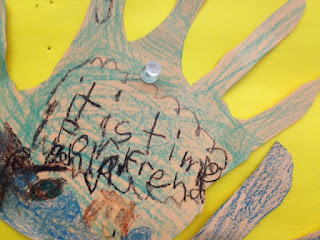 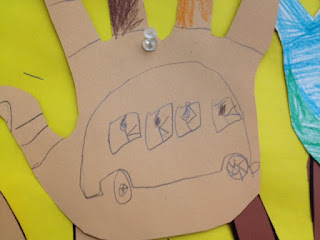 I was so proud of them for learning and making connections between this movement and our lives today.  As young children, they have a clarity about fairness that is sometimes missing in adults and in public policy, and this gives me great hope for our future society.